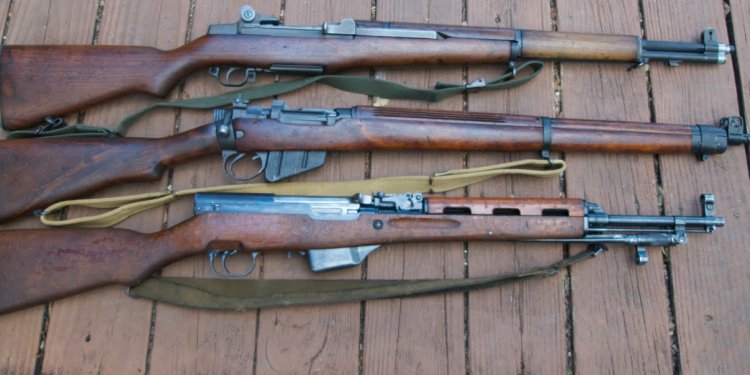 The pickings have gotten a lot thinner in the military surplus world over the last decade. That is why, when I find something, I try to share it with you. If you remember, one of my first MilSurp deals was the Schmidt Rubin K31s, which are now gone (with Samco), and I suspect that this week’s topic, Yugoslavian Mausers, will also be gone in short order. The Mauser is the most classic of all battle rifles, and for $250, you can get one that works perfectly, shoots pretty good, and is as close to historically accurate as you will find.

These Mausers have no provenance, or history whatsoever attached to them. The Yugolslavian Zastava plant made them in the mid-1950s, and they seem to have been sitting in cosmoline ever since. Some of the guns, and the ones I suggest you purchase, have no markings on them at all. Looking around online, there is some speculation that they were made for the Egyptian army, but like with all internet information, you have to take it with a grain of salt.

Don’t confuse these guns with the 98K German drops from WWII that were later rebuilt by the Yugoslavians and used to fight the Germans later. There is a bunch of history on those guns, and one of our larger GunsAmerica sellers, Robertsons, has a good deal of individual guns listed at a wide variety of condition, provenance and price points.

These post-war Yugo M48 Mausers seem to be a single channel of an available Milsurp rifles available from one major retailer, Southern Ohio Gun (of whom I am a long time customer). In the video you’ll see how the guns arrive, how I clean them up, and how they work and shoot.

If I have a warning, it is to stay away from the M48As with the crest. Mine didn’t shoot well at all, and the gun is just much more ugly and rough than the ones without the crest. If your goal is to own a WWII style Mauser for cheap, there is no advantage to the crest, and from a performance perspective, if you want to be able to have some fun at the range, or do a C&R shoot or something, you are going to want a gun that is capable of keeping the bullets on a paper plate at 100 yards. The crest gun could not.

I did pay for hand pick on both guns, and for SOG, that is a “best of 15” pick. They take 15 rifles out of the crates and send you the best one. I doubt there is much difference between them. But beware that they are now charging $25 if you want the matching numbers on the non-crest guns. That was not the case when I ordered mine about 6 weeks ago, so… you do the math. The guns are almost gone.

As I showed in the video, the only outward difference in these Mausers is the wooden handguard behind the rear site. If you want to do some retro hunting with the gun, you’ll appreciate the handhold, but it doesn’t look exactly like a WWII K98. If you look around the generic Mauser Wikipedia page though, other examples of the Mauser with that strap of wood were very common from several other German designs, and from other countries.

I did not take my guns apart. And for my regular readers, you know why. I tend to booger stuff due to a complete lack of common sense when it comes to how things come apart and go back together. If you are of the bent to strip these guns apart, clean the insides, soak the cosmoline out of the stock, etc., you may want to get the AGI Armorers course for the Mauser 98. The courses are expensive, $39, but they do a really great job teaching you at a gunsmith level of expertise. They also have some more involved custom Mauser vids. For me, as you’ll see, it’s good enough to melt the cosmoline out with Hoppe’s and shoot it.

If these guns tell any story, it is that the era of cheap military surplus bolt guns is over. Milsurp guns used to be cheap, cheaper than even the least expensive deer rifle. Working men, gun nerds usually, would scoop them up at gunshops, gunshows, and the good old Shotgun News for usually under a hundred bucks, and mod them into hunting rifles, for cheaper than you could buy an actual hunting rifle. That is why you see so many “sporterized” Springfields, Enfields, Carcanos, Arkisakas, with cut down stocks and barrels, drilled and tapped for scopes, etc. These days you are nuts if you sporterize an all original looking milsurp rifle.

Sure, you can still get a Nagant for ~$200 if you look hard enough. But the real price is closer to $300 and over. You can get a Savage Axis, a Ruger American for less than that! Both of those rifles are tack drivers, good looking, nice and light, etc. There is no advantage to buying a Nagant and modding it into a deer rifle or tactical rifle to save money. For fun, sure. It’s still fun.

So for those of us actual gun nerds out there, Mausers like these are a huge score. And as I said in the video, if you don’t already reload, rifles like these are a great excuse (with the wife) to invest in an extremely rich and ultimately money saving piece of our obsession. A set of Lee 8 x 57 Mauser dies is only $29, with the shellplate. A Lee Breech Lock press kit, with a powder scale, primer tool, and almost everything you need, is only $119. Add to that one item, a case trimmer. I suggest the Lyman E-Zee Trim at $16, and the 8 x 57 collet for another $4.32. Then it’s just powder, primers, and bullets (8mm is .323). Head over to Hodgdon Reloading for data, and you’re all set. Most people wouldn’t suggest starting with a rifle cartridge, but that Lee system will also give you the ability to do a lot of handgun calibers with cheap dies as well.

And as I said in the video as well, if you don’t reload or plan to, don’t for Heaven’s sake throw out your brass. Right now the best price I can find for the 170 grain Federal 8 X 57 Mauser that the guns like is $32 a box. You can recoup some of that by retaining and selling your once fired brass on GunsAmerica. Even if you give it away, don’t throw it out.

It’s funny that the definition of “gun culture” has changed somewhat over the last decade. With incessant wars and hundreds of thousands of retirees from the military, the whole gun nerd space has been dominated by black guns made of aluminum and plastic. But a red blooded American gun nerd isn’t going to change in the long run. Old bolt guns from wars gone by, made of wood and steel, are never going to be not cool. It is just a question of when the bulk of the “tactical” junkies figure that out. When they do, deals like these Yugo Mausers will be long gone, and you’ll be laughing as they pay $800 to the few who will be willing to sell theirs.