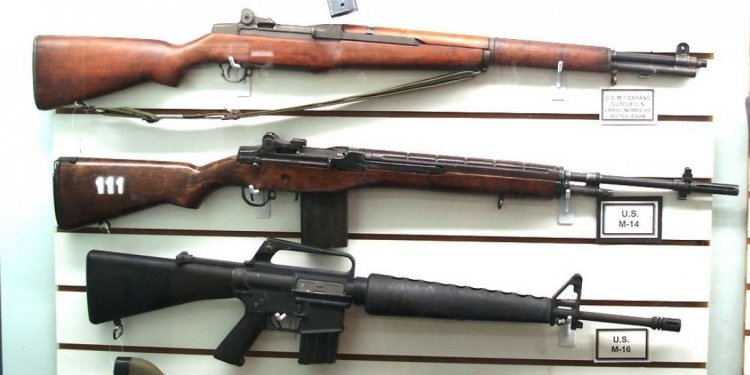 From the Browning Automatic Rifle to the M16 and the new upgraded M4A1, America’s combat rifles have undergone a dramatic transformation over the last 100 years.

The Browning Automatic Rifle (BAR) was introduced at the end of World War I, but used throughout World War II and into Vietnam. This period photo of the author's great uncle, Corporal Louis Suciu, 104th Infantry Division, in Zschepplin, Germany in May 1945, carrying a M1918A2 BAR. (Collection of Peter Suciu)

Evolution of the infantry rifle

The evolution of the standard infantry rifle is seen in this display at the Arizona Military Museum in Phoenix. From top to bottom: the M1 Garand, the M14 and the M16 – showcasing 30 years of weapons development. (Photo: Peter Suciu)

A Vietnam War era M16 (top) and the improved M16A1 (bottom), along with an M79 Grenade Launcher at the Iowa Gold Star Military Museum in Johnston, Iowa. (Photo: Peter Suciu)