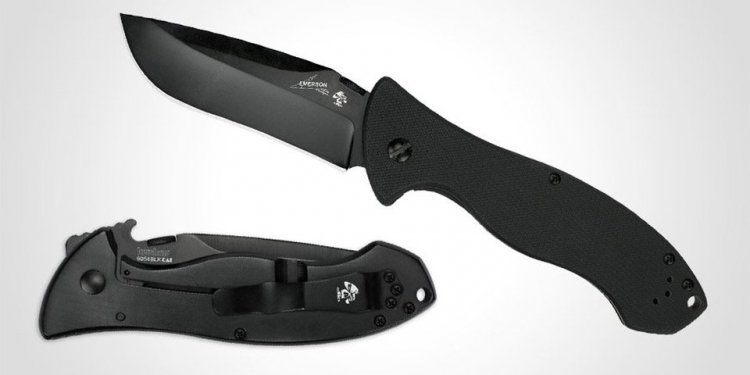 What makes a $200 knife different from a $20 one? We asked Jungle survival trainer and knife designer Jeff Randall.

Jeff runs Randall's Adventure and Training, where he teaches survival in one of the harshest environments on earth — the Amazon Rainforest. Along with co-founder Mike Perrin, he also runs ESEE Knives, producing no-bullshit tools intended for hard use. We asked him to explain how new knives come to be.

IW: It's a piece of metal with a pointy end and a handle. How hard is it really to design a knife?

JR: Making a knife in the true sense of the word is easy; a lid off a tuna can will cut and slice just fine. But, making a knife that's comfortable to hold in your hand and use for long periods of time can sometimes take some work.

The initial design is sketched out, a prototype is built from wood or plastic, design is tweaked to fit, a steel production prototype is built, then ESEE adds and extra step with the prototypes being tested for several months in the environment they are designed for. After that, final tweaks are made and production begins.

IW: What factors are taken into account when conceiving a new knife?

JR: Two things — wants and needs. We typically design knives to fit certain environments or needs. The ESEE-5 is a good example of this. Even though it is my least favorite knife we make, it had an interesting birth. A military survival school asked us to build something that wouldn't break in the worst wilderness survival scenario and also survive being beaten through a helicopter fuselage if needed. So, the ESEE-5 came to market.

On the want side, knife users are always contacting us with their ideas for the perfect knife. Many times it will be a recurring idea, so a new knife is born. Our new Camp-Lore bushcraft series is a good example of that.

IW: How does a bushcraft knife differ from a combat knife? Why is there a need for task specialization in what is a very simple tool?

JR: I'm not qualified to even speak about combat knives since I know a little less than zero about knife fighting or combat skills. But, from my observation of the knife industry, true combat knives cross over pretty well into the wilderness world. The old Vietnam-era Ka-Bar combat knife is a great example of this. On my first trip to the Amazon Jungle, I carried one and it performed every task I needed it to. With that said, there are purists in the bushcraft community that want Scandi grinds, rounded handles, leather sheaths, etc. It's true those would carve a little better than a Ka-Bar and I'm sure the long blade on the USMC would stab someone in the face better than a Mora, but we must never forget that a cutting edge's superiority comes from the hand holding it more than it does the knife itself.

IW: Knives have been around for thousands of years. What technical innovation is still possible?

JR: Maybe on the material side of things we will see some innovations. There are a lot of exotic steels being used in the industry, but after using a lot of them, I really can't see where the extra cost is justified in terms of performance, especially when it comes to a simple field knife. I'm just waiting for a portable light sabre or laser knife. In the meantime, I will stick with plain old carbon steel cutting edges and be happy.

IW: In what ways does a quality knife differ from a seemingly identical one that's mass-manufactured?

JR: I guess that question could apply to any industry that has custom shops as well as mass-production factories. Quality means controlling your processes, whether that's in a one-off piece or a mass-produced product. I've seen terrible quality from custom knife makers and exceptional quality from high-volume manufacturers. The reverse is also true.

Quality knives will have symmetrical grind lines and edge grinds. They will also have exceptional fit and finish on mating surfaces such as where the handles meet the blade. Most important is the maker will have heat-treating processes down to a science and will do destructive testing on each batch of knives. Again, quality simply means controlling your processes and caring about the finest details as well as the overall picture.

IW: How can a layperson tell the difference between a good knife and a garbage one?

JR: In today's market, it's becoming increasingly difficult to know the difference. China is world famous for counterfeiting high-end knives, right down to the boxing and clamshell packaging. For example, if you buy a real Chris Reeve knife made in the USA, then you will get a piece that is visually and structurally perfect in every way. The Chinese counterfeit Reeve will look good on the surface, but the heat treat is typically horrible and the inner mechanisms of the folders are rough. So, to know the difference nowadays takes a lot of experience, work and education. Or, just stay away from the flea market guys and the gas station sellers and buy from a reputable knife dealer that knows its product line. There are thousands of good knife retailers online.

IW: How does heat treat work?

JR: There's no such thing as magic, but there are proprietary processes. In short, heat treating is a process that brings the steel up to a critical temperature, thus causing a change in the molecular structure of the steel. If it's a steel that needs to be quenched, it's then dropped into a solution such as oil for rapid cooling. At this stage, it's too hard to be used as a knife since it will be brittle. So, it's "drawn back" or tempered in an oven at a much lower temperature to give it the perfect compromise between hardness and toughness.

IW: There's so many different steels out there. How do you evaluate the abilities of each and apply that to knife design?

JR: We don't. Carbon steels have been used to sustain life and wage war for a long, long time. It works, so why change it? The villagers and indigenous tribes of the Amazon use carbon steel every day to sustain themselves. They sharpen their knives on flat rocks and could care less about perfect edge angles, aesthetics or whether it's the latest fashion trend in steel.

Me? I'll still be carrying carbon since it's easy to sharpen in the field and simply works for everything with a lot cheaper price tag. ESEE build simple, ugly knives that work.

IW: What trends are currently influencing the knife market?

JR: In all honesty, the knife industry is about 99 percent bullshit. We sell knives every day to people who will never use them. Knife buying is more of a want than a need.

I grew up on a farm carrying a three-bladed "Old timer" pocketknife. It did everything I needed and got used daily. All these new weird shapes and designs that keep coming out are made just to have something new and "tacticool." Most companies refuse to speak the truth and just say, "the reason we designed this is because some mall ninja would think it's cool and spend money on it."

Once you get in the real world of knife use, whether it's butchering a deer or building a fire, you will see that a simple, basic knife design is all that's really needed to perform the task.