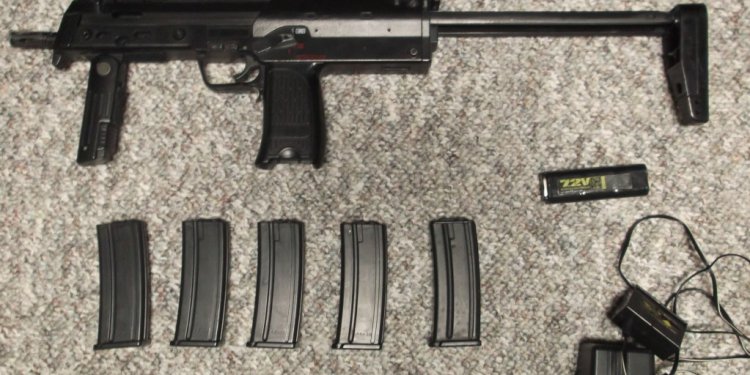 First it was deceptive edits and now it looks like Katie Couric’s producers for “Under the Gun” may have broken gun laws. According to The Federalist’s Sean Davis it appears Couric’s director Stephanie Soechtig admitted to violating federal law.

The video shows Soechtig scaring/telling her interviewer how easy it was for her producers to obtain a Bushmaster rifle: “We sent a producer out and he was from Colorado. He went to Arizona, and he was able to buy a Bushmaster and then three other pistols without a background check in a matter of four hours. And that’s perfectly legal. He wasn’t doing some sort of underground market.And he just met someone in the parking lot of Wendy’s and bought a Bushmaster. Legally. Like, this is legal.”

Except it’s not legal. Like, it’s illegal. Super duper illegal. Quadruple illegal in the case of the Soechtig employee who purchased four firearms across state lines without processing the sale through a federal firearms licensee (FFL) in his home state of Colorado.

What does that mean? It means that a producer who resides in Colorado cannot legally buy a gun in Arizona unless that gun is shipped to an FFL in Colorado, whereby that FFL confirms that the Colorado resident can legally own that firearm.

So driven by their anti-Second Amendment agenda it looks like Couric and her team were willing to not only violate journalistic ethics but also federal law.

Of course, this isn’t the first time a journalist blatantly violated the law to make an anti-gun point. NewsBusters readers will remember Couric's former NBC colleague and fired Meet the Press host David Gregory got into legal hot water back in 2012.