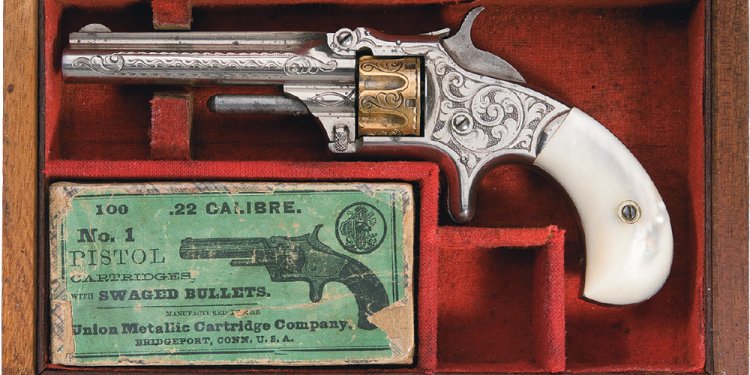 Now, the bullets weren't made "in or before 1898, " but that straight-forward standard doesn't apply to the ammo. Instead, due to an overly-literal reading of the statute, we end up with this test, as articulated by the Seventh Circuit:

Bullets are "ammunition" if they are "designed for use in any firearm." 18 U.S.C. § 921(a)(17)([A]) (emphasis added). If these bullets had been designed exclusively for use in [defendant's antique] revolver, they would not be "ammunition" because by definition this antique revolver is not a "firearm." On the other hand, if the bullets were designed for use, not just in this antique revolver, but in other guns manufactured after 1898, then it would appear, given the literal language of the definition, that they are "ammunition" because they would be designed for any firearm.

Lets break down this complicated test.

Of course, they could just take a shortcut, go to Google, and discover that the Remington and Winchester ammunition found in his gun is almost certainly not black powder. The .32 S&W black powder rounds have been obsolete since 1909, and as you might expect, finding ammo is pretty much impossible outside of custom shops.

Shortcuts aside, the court took a different route and held that because he was seeking an exemption from the statute, it was his burden to prove, as an affirmative defense, that the ammo flunked the Seventh Circuit's test. The same burden applies to claims of antique firearms. He failed to meet that burden at trial.

It wasn't all bad news, for Royal however. The Fourth Circuit also used the Supreme Court's recent holding to overturn a sentence enhancement under the Armed Career Criminal Act (ACCA), which led to his fifteen-year sentence. He'll face a maximum of ten years on remand.