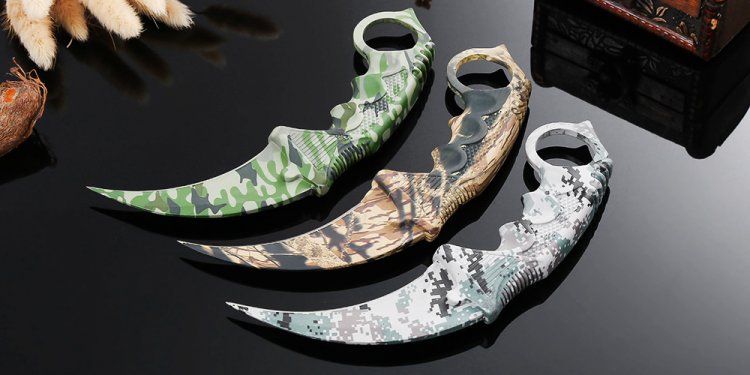 There is a time for us to wander,

when time is young and so are we.

The woods are greener over yonder,

the path is new, the world is free.

So do your roamin’ in the Springtime,

and find your love in the Summer sun,

the frost will come and bring the harvest,

and you can sleep when the day is done.

with no regrets as it moves on,

around each bend a shinin mornin’,

and all the friends we thought were gone.

- From I Know What It Means To Be Lonesome, by The Nitty Gritty Dirt Band

Lilly was feral, meaning he’d reverted to his "original wild state.” A dog is considered feral when it abandons the security of human ownership in order to respond to its nagging inner instincts, the impulse to run free under a full moon and secure its own food, adventure and reward. Ben wasn’t "transformed” into this cage-shunning man of the woods, but rather, his days and nights on the hunt reinforced and affirmed his native wildness. From the time he was young Lilly liked to make animal sounds when announcing his presence, or when playing tricks on reticent ladies or distracted little kids. Tales abound of Ben's childlike enthusiasm– swinging through the trees like a monkey, chattering like a squirrel. It’s said that on one occasion he challenged a prideful runner to a race, then beat him to the finish line by running like an animal on all fours. He even walked flat-footed rather than heel-first. "like a bear” he said.

There comes a time when such a man finally looks back, only to be confronted by his own wilder tracks.

A heavy presence pads through the forest primeval, heavy like nightfall, heavy like the weighty body of the universe. We feel its approach, even as we swim the glare of the midday sun— its corporal mass, slowly moving towards us, intent on enveloping us. It is the spirit of a giant that survived the Ice Ages, now tearing apart the fallen trunks of ancient trees, knocking flailing salmon and furry golden marmots high into the air, continuing to stalk the darkly hidden caves of our dreams: the grizzly bear!

The sound of their name is enough to pass a charge, like electricity through our bones— enough to cast a long and deep shadow across our rapidly shrinking arrogance, illusory sense of omnipotence and fragile certainty. One glance at a grizzly's unmistakable claw marks eight foot up the side of his scratching-tree and every nerve comes instantly to attention. Every sense is alerted, every light turned on at once in the mortal housing of the soul. Enlivened! Every cell open-eyed and openmouthed, every molecule on tiptoes, straining to perceive.

Awakeness. Intensified perception. These are the first gifts of the great bear. With their slow lumbering thunder, comes the excitement and clarity of lightning bolts: sudden, penetrating, en-lightening! Truly, one perceives more in grizzly country. Our senses honed to a fine, irreconcilable edge.

Without ever actually seeing a bear, the mere thought of it is as a claw stripping the opaque film from our perceptual lens. The civilized traits of inattention and indifference are swiftly gutted like fish, and left to curl and dry on hot river rocks. Sloth joins nonchalance, pawed into a carrion pile beneath a layer of sticks and dirt.

"Anyone can kill a deer, ” the great bear killer Lilly tells us. But "it takes a man to kill a varmint.” By that he didn’t mean shooting coyotes or so called pest species, the way people do now when they write articles about "varmint hunting.” Ben was talking about nothing less than personally facing at very intimate ranges a critter that’s bigger, meaner, and potentially better than we are! Ben himself served as proof that our species was a good deal stouter, more resilient and aware when they had to match wits and lungs with an animal capable of making us his lunch. Humans evolved special brain cells and improved response time thanks to having been hunted for thousands of years by predators far larger than us. Eyes trained by bone crunching necessity to discern the smallest amount of movement along an aspen lined trail, evolved the capacity to recognize patterns and create art. Ears alert to the sound of approaching bruin footsteps were well suited to the development of language, and to noticing every nuance of a deftly picked bluegrass song. Similarly, noses no longer needed for basic survival eventually lose their capacity to smell: to discern the nature and proximity of any threats, and to fully enjoy this world of subtle and not so subtle scents. And with the decrease in both adventure and danger, civilized humanity may be getting more and more oblivious, less and less vitally aware.

"He showed far more feeling for several of the individual lions he’d killed than for any human being he mentioned, ” writer Frank Hibben wrote of Ben, after several days trying to keep up with the aging hunter. Most of the people he knew "never took their place.” He knew this and more. He could see inside of both animals and men, he said. could "see beneath their skin.”

Lilly belonged to a wilder tribe, the clan of the furry, the scaled and the feathered. "A man has to be accepted into the family, ” as Lilly often said. "You can’t live with them and you can’t hunt them if you aren’t a member.” Even as he slayed the beasts he sensed that he was one of them. and that it was them that he belonged.

Since the very beginnings of human kind we have honored Ursus, and the earliest evidence of religious or ritual activity are the bear skulls stacked like an altar in the caves of Southern Europe. In addition, hundreds of primitive terra-cotta "bear nurses" have been excavated from various neolithic sites. Most are enthroned female bears or women with bear masks on, and most are nursing a cub. They likely represent the Mother of All Animals, and mythologically the cub becomes Zeus on the bear's nipple, Zalmoxis and Dionysus, Artemis and Diana, the huntress.

Our ancestors in both the "Old" and "New World" watched the bear go into its den every winter and emerge every Spring— an obvious herald of rebirth, the return of life to a hungry land and hungry people. The people of urbanizing Europe harnessed the bear and its mythology to the purposes of the field and plow. In England they had the "strawbear, " while in Germany he was called the Fastnachtshar: a man dressed up in a bear costume built of straw who would be led in early Spring to each house of the village. There the man-bear would dance with all the women. It was believed that more enthusiastically they danced, the richer the coming crop would be. Pieces of the straw costume would be playfully snatched by the young women and placed either beneath their pillows to insure fertility, or else in the nests of their chickens to encourage the laying of needed eggs. The bear has long reminded human kind of a very important lesson: how out of suffering and separation comes a chance for unity and bliss. and out of the icy sleep of winter, comes the regeneration of life.

Benjamin Lilly was briefly the Chief Huntsman for a party that included another admirer of outdoor life, Theodore Roosevelt, entertaining him with stories of the hunt and demonstrations of his physical prowess. In President Roosevelt's journal of the trip he described Ben as "equaling Cooper’s Deerslayer in woodcraft, in hardihood, in simplicity– and also in loquacity.” Lilly must have been out of sorts among all the attending dignitaries and reporters for he wasn’t able to get Roosevelt a bear, and his subsequent firing no doubt hurt his well earned pride. But if so, it was likely he never showed it. As Roosevelt writes, he "never met any other man so indifferent to fatigue and hardship”. and no doubt, to the needs, whims and judgments of others.

Lilly began shooting and preparing specimens for the Washington based Biological Survey in 1904, and over the coming years the National Museum was the recipient of numerous mounted species for its collection. These include bear, deer, otter, and interestingly enough– the now extirpated Mexican Gray Wolf, and the endangered ivory-billed woodpecker.