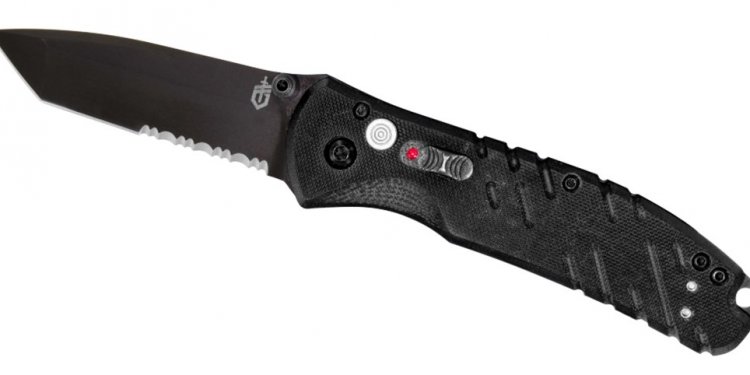 The feeling of having a cool new tool/toy on your keychain and the inspiration to find any and every use for this hook knife is worth the $13, (the fun lasts longer than the fun from a 6-pack, prices comparable) but if you're any kind of active person and if it's just dangling on your carabiner or pack it's likely to fly out of the sheath and become hidden treasure for some lucky kid like mine did.

1)It looks like it can fall out of sheath easily. Fix that and you've got something good.

2) It sure would have been easy to add an oxygen bottle wrench to it. And if I'm cutting seat belts, I need one. What's more, I once used to cut seat belts. And turn on oxygen bottles.

3) if you added an LED that illuminated WHERE you are needing to cut seat belts, that really really could save critical seconds when they count. When you have to cut seat belts. Because you could see. To cut seat belts. In any situation. In the shadows. And in the dark. Safely and quickly. And be a lot handier than a competitors device. Because this one is small. And you always would actually have it with you. Even if it is not as beefy.
Are you listening, Gerber.

This thing rocks, sheath has no problem holding it, almost seems hard to remove from it, though this may change over time and wear... people complaining about it cutting poorly need to remember one key word "hook" blade... the cutting edge is in the groove, or hook of the metal, not at the point of the metal. This serves the purpose of having a safe cutting edge that will only cut what slides through the groove, and nothing else, like precious fingers and other body parts. When used properly, this blade functions amazingly, and has cut everything I've managed to try, from carpet to vinyl, to wires and twine, if you can fit it in the groove, it will cut perfectly, and holds an edge well since its hard to damage the cutting edge of a hook blade. Now if it came with a sharpening tool, that would be excellent.

I enjoyed owning this hook knife. Not useful for much besides opening boxes. Could definitely save your life if you were in a car accident. I always carried mine on my keys so that I would be able to find it in the event of an accident. Unfortunately it fell off my key chain one day and I have no idea where it is. The plastic may have worn out over time. Would have given is 5 stars if it hadn't fallen out of the sheath.

Keep mine on my keyring and it'll cut through cloth like a hot knife through butter!

2-inch hook blade for swift cuts - Check
Stainless steel construction for durability - Check
Circular, aluminum handle with thumb grip - Check
Locks into sheath for added protection- not happening, almost lost it, scared to leave it in my pocket might hook and cut what its not supposed to wouldn't risk it.
Key chain ring on sheath - Oh is that what that was.
Backed by Gerber’s Lifetime Warranty- might have to exclude this one.

Got this knife or tool if you will, and was a little let down. The blade part of it, is sharp, but the point isn't very, well pointy. The tool needs a better lock. It could easily fall out of its holder, or sheathe if it was on some keys that got bounced around too much. Over all it's a decent tool.

I bought one of these because I liked the idea and thought it would make a good addition to my keychain/briefcase emergency kit. I was sad to find that they don't stay in their cover very well. I don't feel safe carrying it in my pocket because it is constantly sliding out of it's cover.
Again, it's a good idea - but this one doesn't live up to what I've come to expect from Gerber knives and tools.

this is great for EDC and will always come in handy but people that dont know how to cut with it will find it difficult. remember it is a hook knife so your motion to cut will be way different than a standard knife. sheath holds hook in place which is good and wont fall out, ring is a bit large unless you have fat fingers.

I Tried opening a box with this thing and I figure it's easier using a pen.. This hook is not pointy enough to puncture tape and I think is too thick to go on the grooves of the box so I guess is mainly to cut strings and belts Ill give it 1 star because I don't think it's that useful for a edc.

Working in retail, I've had countless situations where a small sharp blade would be great to have. This filled that need perfectly and for the price I would recommend it to anyone to have as a back-up.

looks AWESOME, functional and cheap!!! the tree most important things ;)

Very useful but there are many other things like this on the market. This is much less expensive though.