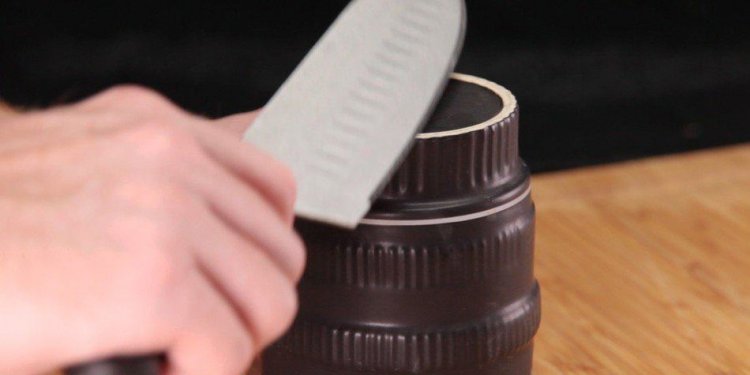 I got one of these around three or four years ago for a Christmas present and I haven't used another knife since. This is extremely durable and easy to use/hold onto and it holds an amazing edge (cuts cleanly through a pork chop bone).

I have carried this knife since I decovered it right after Gerber came out with it. Grew up on the farm so I have always carried a pocket knife of some sorts. I feel in love with the Air Ranger. When I find them at a good price I purchase 3 or 4 in case I loose one or give it away. I have never found a knife so comfortable and lite weight and still perform anything I ask of it

This is a perfect EDC knive. You don't notice it in your pocket. Clip is nice and strong. The serrations help with cutting occasional plant life and vines sometiems around the house. Fine edge blade for everything else. While at a crab place for dinner one time, was exasperated with the ineffectiveness of the cheesy plastic shell openers they had, pulled this outta my pocket and made quick work of removing the shell and extracting the crab meat. Re-Sharpens easily. Don't have to re-sharpen very often. Handle super grippy even with fats/grease/blood on your fingers. This is definitely a one-hand operation knife.

Great knife. It has a great blade and the texture of the handle makes cracking beers open super easy. Highly recommended for the avid camper or grill master.

My everyday knife. Great product that puts up with just about any thing I throw at it. Light and holds an edge under some rather abusive situations. Use it as a backup to my Big Rock fine edge.

I am addicted it to the ranger

One issue, but it is a major fit problem. The blade rests firmly on the
rearmost bushing / spacer that connects the two aluminium frame side pieces together. Opening and closing the knife 15-20 times resulted in a small notch section in the blade at the point in which the blade rests on the spacer. I used a soft stone to massage the notch' burr back into place along with med and fine stones to sharpen the nonserrated section without issue. I have opened and closed the knife several times since and the notch is reappearing. I got this to replace a larger daily carry CRKT M16SF now that I live in NY state. I am about ready to go back to my beat up but trusty M16SF and leave this in the safe. At least I know the M16 blade will be true.

In all fairness, this knife was $16 on sale at Gander Mtn and the M16 was about $130 20yrs ago. Fair product for the price I paid., but not worth $69 or even my sending it in for warranty service at this point.

My fiance bought me this for Christmas as my previous pocket knife bit the dust after several years. This knife is by my side all the time, and I know I can trust it. I even have a Benchmade "Infidel" OTF - and I think I trust my Gerber Air Ranger knife more than that. This knife cuts through rope and wood as easily as it cuts through cardboard or paper, the clip is sturdy enough that I know it won't move until I want it to, and the blade is sharp as ever right out of the package. This is my first Gerber knife, and if anything happens to this knife, it will be replaced with an exact same model from Gerber as well. This knife - great for everything!! If you need a knife for every day use, possible protection, or for anything - this knife is definitely a worthy investment!

Yes I agree please offer this knife in plain edge. Thanks

great knife very durable. broke mine. it lasted 3 months but that's pretty good for me. sharp and easy to keep a razor edge.

Best knife I've ever owned. Been with me daily for over ten years through NTC, JRTC, and three years in Iraq. Great grip and design and pops out quickly at the flick of a wrist.

I've had my air ranger for many years now and it is one of the best knives I've ever carried. Still locks up tight. Please offer this knife with the same color combination in a plain edge again.

Great knife, holds an edge very well. My knife has been to Iraq, Afghanistan twice, Saudi Arabia, Kuwait, Mexico, Canada, and El Salvador. It has been with me on countless fishing, hiking, SCUBA and hunting trips. I have had this knife for over a decade ( I received it as a gift on May 10th, 2002) and it has served me well every day. Why 4 of 5 and not 5 of 5... . I had to tighten the little Torx head screws and use thread holding compound to keep them from falling out. Unfortunately, I lost one anyhow. The knife still performs perfectly, despite the missing screw.

Bought this on sale for a fishing knife and it works flawlessly. I love the design and the anodized aluminum handle! One of the best knives I've owned.

I have a lot of knives, mostly fixed blade that I use for hiking and other outdoor hobbies. It occured to me a while ago that I have only owned a single folding knife for more than 10 years. I didn't even have a driver's license when I purchased this and now I have kids of my own. I now own two folding knives, both are this knife.
It's no substitute for a fixed blade knife, but what folding knife is? This knife is plenty strong for things you will do around town and I have recently used mine extensively for cutting holes in 2 liter bottle tops for various diy projects. I am thrusting the point of the knife in then using the blade to shave circular holes in the tops and it has worked so well it is ridiculous.
I have also used mine in a pinch to prepare wood and have even made fire with nothing more than this knife and a shoelace. I have taken for granted the fact that this knife has been with me for more than a decade.
I would say that the reasonable strength limit for this is twisting through wood or plastic, but probably avoid prying metal as the handle and blade have almost no give to them. Best folding knife I have ever owned, but also the only folding knife I have ever needed. Take that as you will.

Out of all my knives, this is one of my favorite. Not only is the blade superbly crafted and exceptionally sharp, but the grip has some serious traction. I was a bit skeptical from the photos, but was pleasantly surprised. The knife also opens smoothly-I can easily flip it open with one hand using the thumb studs, and can even use a flick of the wrist without the thumb studs to snap it open. Overall, definitely a good knife.

Great open action and edge retention. the grip is wonderful and much better than the remix that I just got which was total crap.

Where to Gerber Knives?