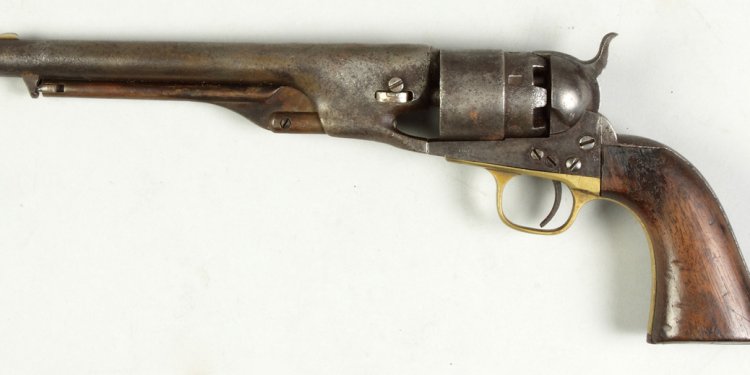 Samuel Colt was born on July 19, 1914, in Hartford, Connecticut, the son of textile manufacturer Christopher Colt and wife Sarah. By visiting his father’s mill in Ware, Massachusetts, and helping out at a nearby farm, the young Colt gained an interest in all things mechanical and often dismantled objects–including his father’s firearms–to discover how they functioned. At age 16, he enrolled at Amherst Academy in Massachusetts to study navigation; however, his youthful hi-jinks later got him expelled from the school. His father then gave the teen the opportunity to study navigation firsthand, sending him out to sea on the Corvo, a ship that embarked on a nearly yearlong voyage in 1830.

Samuel Colt hired engravers and craftsmen to decorate special presentation pistols that were given to European kings, Russian czars and military officials, among other dignitaries. These firearms were often lavishly engraved and inlaid with gold.

Aboard the Corvo, Colt became fascinated with the ship’s wheel, particularly the way it could alternately spin or be locked in a fixed position through the use of a clutch. He translated this controlled rotation to firearms and a means whereby a single-shot pistol could be adapted to fire multiple rounds in quick succession. During his time at sea, Colt carved a six-barrel cylinder, locking pin and hammer out of wood. Although this prototype for a pistol featured multiple rotating barrels, in later versions Colt would opt instead for a rotating cylinder containing multiple bullet chambers to reduce the gun’s weight and bulk.

After returning from his adventure at sea, Colt spent two years traveling North America under the name Dr. Coult, hosting a road show during which he entertained and educated crowds on the uses of nitrous oxide (laughing gas). The profits he saved through his skill as a promoter enabled him to perfect his revolver mechanism, and he hired gunsmiths to create a series of prototypes.