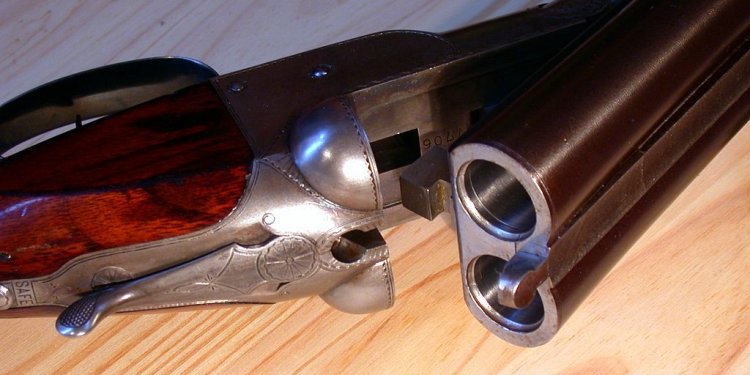 Please note that some articles have been transferred over from the Old Word Museum site. You may occasionally encounter broken links or outdated information in these articles.

The Colt and Parker companies mass produced high-quality double-barrel, breech-loading shotguns in the nineteenth century. While price was secondary in these guns after quality, the companies did keep the shotguns at competitive prices.

Colt advertised the 1878 Hammer Model as being made of the best materials and constructed with the best workmanship. And, not long after being introduced, the Model 1878 was winning medals.

Colt produced 22, 683 Model 1878 shotguns, with serial numbers logically running from 1 to 22, 683. The model 1878 was discontinued in 1889 due to stiff competition from domestic and foreign companies. Shooters had been choosing cheap prices and poor quality over the quality of he Colt Shotgun.

The breech-loading shotgun with outside hammers had rolled Colt markings on the lockplates and barrel rib, hard rubber butt plates and checkering on the stock. Barrels were blued or browned with a Damascus twist.

Army officers sometimes ordered weapons on their own, and the Colt Co. gave them an incentive to buy the Model 1878 hammer shotgun or the 1883 hammerless shotgun by offering the two side-by-side double-barreled shotguns at a 25 percent discount.

I have a 10 gauge Model 1878 Colt Shotgun with outside hammers, blue Damascus barrels with the rolled Colt markings, engraving, and checkered stock. The shotgun has a letter of authenticity states it was sold to a hardware store in San Francisco in 1878.

Sources: Colt: The American Legend by R.L.Wilson, The Peacemakers by R.L. Wilson, Guns of the Wild West: Firearms of the American Frontier from 1849-1917 by George Markham, Bluebook of Gun Values by S.P. Fjestad, and a Colt Letter by the Colt Historical Society owned by Betty Wilson.

Wrote over a hundred feature articles for them.

Wrote for the newspaper under another Editor: Weekly Column: Guns of the West

Self-Published a book called The Best of Guns & Lace, which is no longer available. I published the book mainly to compile the column and accommodate my customers at the gunshop who wanted to keep copies.

As Secretary of the Organization, I was editor and writer of the monthly newsletter for the organization.

My husband and I owned the shop until July, 1997. We closed due to my husband’s disability which occurred this past summer.