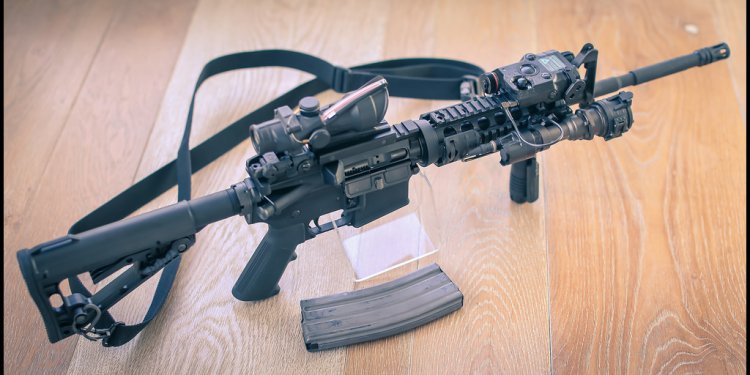 BCM is a veteran-owned black rifle company that started in 2005. They build mil-spec rifles for people who are going to run them. The entire company is dedicated to creating equipment that will not fail those who depend on it. BCM barrels are either MIL-SPEC 11595E barrel steel (CMV) or SS310 stainless steel, chrome-lined and are both M197 high-pressure tested and Magnetic Particle inspected. The company’s rifles have M4 feed ramps and a chrome-lined bore and chamber. The bolt is shot peened and high-pressure tested. Receivers are anodized per MIL-A-8625F Type III Class 2. The gas key is properly staked, hardened and chrome lined with Grade 8 MIL-SPEC fasteners. When running down the “what makes a good AR-15” checklist, Bravo Company gets all of it right. BCM rifles start at $1, 200 for the standard carbine length, while mid-length isn’t much more.

The late John Noveske founded Noveske Rifleworks in 2001 after returning home from serving in the U.S. Army and learning barrel making at PAC-NOR. He started Noveske in his dad’s garage with a lathe making barrels. He soon moved to a shop with the lathe and a new mill to start building a precision AR-15 rifle. The renowned AR maker paved the way for stainless AR barrels. Noveske applies an extra thick chrome lined layer, making a Noveske barrel much more durable than most others are.

These Noveske AR hand-chambered barrels exceed MIL-SPEC standards with a 416 stainless steel hardness of 32 RC. Noveske takes great care in the detail of the process of creating one rifle. Each rifle is hand-fit by just one person. It’s Gen 1 RECCE Basic rifle, starting at around $1700 has a shot-peened and MP-tested bolt and a staked carrier key, a Noveske Signature rear back up iron sight made by Troy Industries and Magpul furniture.

Knight’s Armament (KAC) has grown to be one of the biggest manufacturers of small arms in the United States since it started over 30 years ago. KAC employed Eugene Stoner, who was at Knight’s Armament until he passed away. The company is best known for its innovation and improvements to Stoner’s original AR-15 design. Many of Knight’s Armament newest ARs have the tough E3 Enhanced proprietary bolt carrier group. KAC’s railed forend is also the one that the U.S. military use on their M4 and M16s. Barrels are hammer-forged and chrome-lined. KAC rifles start at around $2, 500.

Lewis Machine and Tool has been in business since 1980 and are most known for President Karl Lewis’ Monolithic Rail Platform, which is a one-piece MIL-SPEC upper receiver that has an integral forend. This system was one of the first to allow for quick barrel and caliber swaps. The innovative design allows users to switch barrels without losing point of impact and the point of aim. Neither are you forced to buy a completely new upper when changing calibers. Switching calibers from 5.56mm NATO to .204 Ruger.300 AAC Blackout or 6.8 SPC is as easy as simply removing the upper using just one tool. Starting at almost $1400, LMT’s lowest price AR-15 has a chrome-lined and cryogenically treated barrel. The company also makes stainless barrels. All of LMT’s rifles are 100 percent made in the U.S.A.