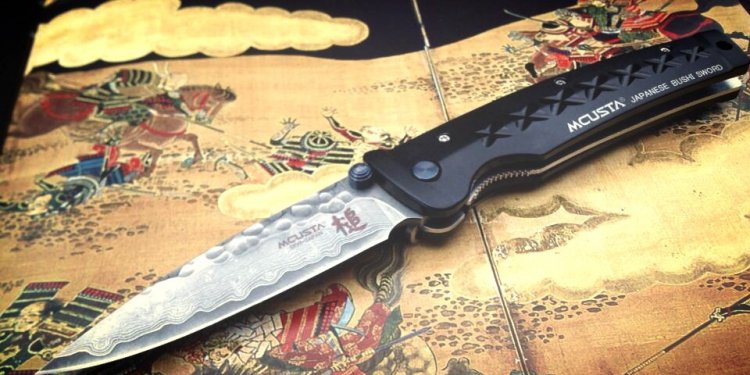 FREMONT — Ever since he was a child, Luis Bernardo Mercado has been fascinated with knives.

He couldn’t seem to get enough of them over the decades and now the Fremont resident is hoping to set a world record for having the largest collection of knives ever amassed by any one person.

His passion for knives began when he was a 5-year-old in Cuquío, a town in central-western Mexico, suffering from a glandular infection called adenoiditis. The condition had to be treated with repeated injections of antibiotics from a large syringe, which he naturally feared.

“My uncle told me, ‘Look, you’re going to be a little man, and if you don’t cry, I’m going to give you this knife, ” Mercado said. “This is going to be your reward.”

His uncle kept his word and gave Mercado a small metal knife whose handle sported the design of a bird of prey’s beak at the back.

Since that day, the now 54-year-old Mercado has collected roughly 2, 200 knives.

Last Friday, with help from family and friends, Mercado laid out all the knives he was entering for world record consideration into nine rows, spread across the multi-colored cushioned flooring of the karate gym he owns in Fremont. Most of the knives were displayed on top of their original box, along with their sheaths or holster clips.

Mercado is working through the hoops established by Guinness World Records to properly vet his collection. He had two independent weapons experts poring over each implement in the gym, double checking it for accuracy against a spreadsheet listing every knife on the floor.

Guinness set the mark for the never-before-attempted record at 2, 100 knives. Mercado says Guinness surveyed boutique and specialty knife stores around the country, asking them for their total stock of different knives to determine a bar, and the average was about 2, 100.

“I feel great, ” Mercado said about his chances of breaking the record. “I feel very confident.”

Mercado said once all the knives are verified by the independent experts, he will submit a package of evidence to Guinness for review. A Guinness spokeswoman said the timeline, from application to acceptance or rejection, can stretch to about 12 weeks, but varies depending on the record.

Eugene Solomonik, one of the two experts verifying the knife collection, owns and operates a knife company based in Mountain View. He said Mercado’s collection is impressive because the knives come from about 30 countries.

Friday’s display showed off a broad range of styles and sizes, with all manner of fixed- and folding-blade knives, as well as a few that spring a blade straight out of the front. There were heavy, matte black tactical knives meant to serve like a machete for cutting through brush and vegetation; lightweight knives with ornate design that can be wielded with the flick of a finger and a curl of the wrist; and rustproof knives for underwater use.

Some metallic blades were twisted into tight spirals, with ventilated shafts that resemble futuristic daggers one might see in an old episode of Power Rangers.

And some of Mercado’s knives look like miniaturized meat cleavers, many with key chains attached to the end.

Solomonik said he has seen private collectors with sizable stockpiles of knives, but this is the largest collection he’s ever viewed.

“It’s our oldest tool, ” Solomonik said of a knife. “It’s man’s oldest tool, which we used both for hunting, gathering, surviving and defense and also building shelter.

Ekapol Rojpiboonphun of Fremont, the other independent verifier, has trained under Mercado as a student of his dojo and known him for more than 10 years.

Rojpiboonphun spent many years learning about various weapons in his native Thailand, including knives, nunchucks, and traditional swords. He says reviewing and handling the knives made him feel luckier than a kid in a store that sells candy and toys. “It’s just awesome, ” he said.

Knives can be a connection to history, Rojpiboonphun adds, noting that handling different knives can help create an appreciation for the philosophy of the knife’s designer and the intentions for the weapon.

For Mercado, the desire to learn more about each knife — it’s country of origin, varying design attributes such as weight, size and crafting materials, and how to operate each one — is part of what drives him to keep collecting.

He says he learns the most about each knife “by holding it and wielding it, feeling its balance, feeling how it moves.”

One thing he doesn’t do with them is cut, however, because he wants to keep them in mint condition.

A common ritual for Mercado is to go through his knives stored in flat file cabinets at home, carefully clean each one and “play” with it a little bit, revisiting its unique feel in his hands.