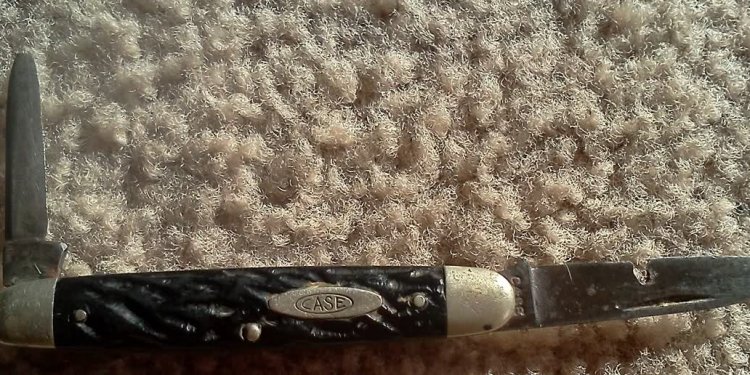 The number on a Case knife represents various features associated with the knife. On a typical item, the number will consist of four digits. The first number represents the type of handle material used to make the knife, the next digit indicates the number of blades it has, and the last two digits signify the factory pattern number of the knife (assigned to the handle die). Following the pattern number, there are often additional letters that have further significance. These letters are called blade abbreviations that represent other traits associated with the knife. In addition to the blade abbreviations, there are often other additional numbers and letters as follows:

In the past, Case has added one or two zeros to an original pattern number to signify a variation of an existing pattern. These zeros can be found before the first digit, or between the blade identification number, and the original factory pattern number.

Some handle materials have been assigned more than one digit. An example of this would be appaloosa. This material is represented as A6.

Relatively recent Case knives often have three digit factory pattern (handle die) numbers instead of the usual two. An examples of this includes the CopperLock. It was introduced in 1997 with a factory pattern number of 549.