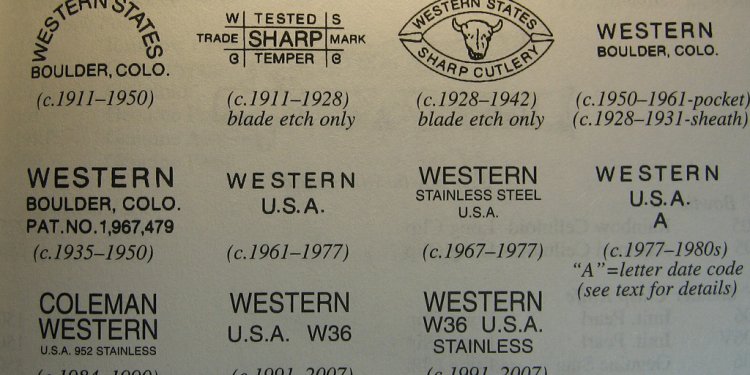 By learning the simple Case dating system, you can easily determine the year a Case knife was manufactured.

In the 1980s, the same dating system was used - with two subtle differences. First, a "Lightening S" appeared in both "CASE" and "USA." Secondly, the dots were placed above the "USA"

From 1990 to mid-1993, the dot system was replaced with a stamping of the actual date. By popular demand, however, the dot dating system was used on all Case knives from mid-1993 through 1999.

Identifying the materials, blades, and patterns. Lets use a model # 6347 as an example.