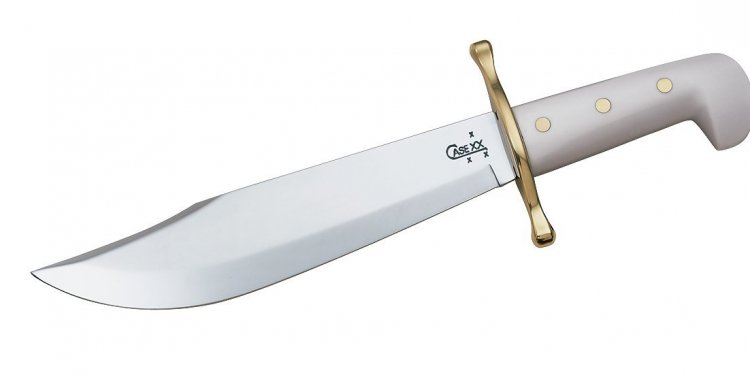 A certain fellow—we’ll call him Fred—broke the law a while ago. He didn’t mean to. He didn’t even know he was doing it. Nevertheless, had he been caught he could have gone to jail—for a year.

Fred lives in Virginia. Last fall he went on a camping trip. Not knowing what the terrain might be like, he stowed a short machete in his backpack—in case he needed to clear away some stinging nettles, or behead a stray boomslang. (Boomslangs are extremely poisonous snakes whose venom makes you bleed to death from every bodily orifice. They are usually found only in sub-Saharan Africa—but why take chances?)

Fortunately for Fred, he has an ally in his corner—a group called Knife Rights, which is like the National Rifle Association but for knives. Last month Knife Rights won a big (for them) victory when Tennessee repealed a law prohibiting switchblades. Tennessee followed the lead of Alaska, which legalized them in 2013. Knife Rights was behind both efforts.

You wouldn’t think the country has much need for a group like Knife Rights. After all, there is no countervailing force trying to ban knives in America: No Knife Control Inc. or Center for the Study of Knife Policy and Research. There have been no Million Mom Marches for knife control, no congressional efforts to ban big blades.

On the other hand, a few years ago nobody would have expected New York to ban the Big Gulp, either. Now look.

As it turns out, the laws governing knives can be surprisingly restrictive—and in some ways even more restrictive than firearms laws. Example: In Virginia and many other states, you can get a concealed-weapons permit to carry a gun—but if you want to carry a hunting knife under your coat, too bad: You can’t get a permit for that. Switchblades may be technically legal in Virginia, but possessing one is considered prima facie evidence of intent to sell, which is illegal.

In Pennsylvania it’s illegal to bring any knife of any size onto school property, concealed or not. And in New York, Knife Rights has filed a lawsuit on behalf of two men who were charged with carrying illegal weapons after police officers noticed the clips holding their folding pocket knives. The knives had thumb studs enabling them to be opened with one hand, and locking mechanisms to keep them from folding onto the holder’s fingers by accident.

Knives like that are as common as Diet Coke—but New York D.A. Cyrus Vance Jr. thinks they should be verboten. Four years ago he settled a case against several diabolical criminal enterprises, including Home Depot and Paragon Sports, for selling them. The stores surrendered almost $2 million for, as Vance said, “brazenly” hawking what he mistakenly called illegal gravity knives. (As the name implies, a gravity knife will open through gravity alone, or through centrifugal force if flicked. Common folding knives won’t.)

The trouble with such restrictions is that knives are dual-purpose objects. They can be used as weapons, just as hammers and baseball bats can, but like hammers and baseball bats they usually aren’t. Most kitchens have several big ones. A few years ago, the fact that people sometimes use kitchen knives in fits of rage led the editors of the British Medical Journal to call for restrictions on them. “We need to ban the sale of long, pointed kitchen knives, ” they wrote. That meant any knife longer than two inches.

This was too much even for the usually ban-happy New York Times. But it might not be too much for others. Activist Al Sharpton has suggested we might need more knife control. Gothamist, a major New York website, thought it was a real knee-slapper that “Knife-lovin’ patriots” would object to the city’s tough knife laws: “Who doesn't enjoy a nice recreational afternoon in the park with a razor sharp gravity [sic] knife?”