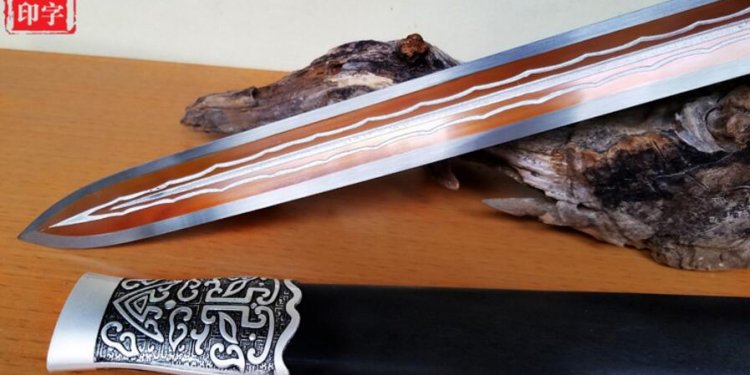 'Put up your swords, you know not what you do.” From the first words spoken in Act I of Romeo and Juliet, most of the male characters are armed with swords and quick to use them. And not just any sword: before murdering Mercutio, Tybalt calls for his “rapier”, while Juliet says of Tybalt’s death that Romeo “did spit his body upon a rapier’s point”.

Shakespeare wrote Romeo and Juliet in 1595. Did Renaissance men really walk around bristling with lethal weapons? Did they really slaughter each other as readily as they do in Romeo and Juliet and Hamlet? According to Toby Capwell, curator of the Wallace Collection’s groundbreaking new exhibition The Noble Art of the Sword, the answer is an emphatic “yes”.

A century earlier, swords were for military use only. A civilian youth such as Romeo would no more have worn a sword in daily life than you or I would walk down Oxford Street with a six-shooter at our hip. But in early 16th-century Europe, a culture of violence developed that was directly related to the development of a light, portable and elegant new weapon – the rapier.

Subtitled Fashion and Fencing in Renaissance Europe, the exhibition demonstrates that concepts that we tend to think of as opposites – beauty and violence; creative genius and cold-blooded murder – could, in the Renaissance, go hand in hand.

As well as splendid rapiers and daggers from the Wallace Collection’s own holdings, a dozen or so exquisite examples of 16th-century and early 17th-century goldsmiths’ work on loan from the stupendous collections in Vienna and Dresden are on display. In John Ronayne’s dramatic installation, they are shown in illuminated vitrines like the rare jewels they are. Alongside them are artists’ designs for elaborate sword hilts, exquisitely illustrated treatises on fencing, printed manuals on swordsmanship, and one or two diatribes against the fashion for carrying rapiers. Once you’ve seen this show, I guarantee you will never think about the Renaissance in quite the same way again.

But first, a crash course in killing. In the 15th century, soldiers went into battle carrying a plain two-edged sword in one hand and a small shield called a buckler in the other. The most popular fighting technique involved either thrusting the sword straight into the enemy’s body or whacking him sideways with the blade’s edge while simultaneously raising the buckler to protect your own arm and head.

Around the beginning of the 16th century, a new kind of sword evolved with a narrower blade tapering down to a razor-sharp tip. The rapier had no cutting blade. You killed your opponent by thrusting or stabbing him in the breast, groin, or eye – not by a mighty blow that cleaved him in two.

Rapiers were of no use in battle, but were ideal for duelling, street-fighting and murder. Within a few decades, rapiers had become items of everyday apparel for men. Anyone could carry a sword, but the more elaborate the design and the more expensive the materials it was made from, the higher the owner’s social status. Among the objects that will stop you in your tracks is the parade costume of Christian II, Elector of Saxony, an extravaganza made of blue silk embroidered with silver that is colour- and design-coordinated to complement the silver hilt enamelled in blue and white of the Elector’s rapier, dagger and scabbard.

Among Capwell’s anecdotes in the catalogue is that of the hapless Arthur Throckmorton, who spent years paying interest on the money he borrowed to buy the velvet suit and silver rapier he wore for his appearance before Elizabeth I.

Until a sword is drawn, only its hilt is visible. Men of wealth employed master draughtsmen such as Holbein and Dürer to design hilts that goldsmiths then turned into objects of breathtaking beauty. With their upswept and downturned curves of silver and gold engraved with grotesque masques, caryatids and animals, Italian mannerist swords in particular are creations of delirious fantasy that happen to have a practical use.

The chance to wear objects of such beauty at your side must have been irresistible. One of the most artistically satisfying pieces in the show is a rapier made of solid white silver in Dresden around 1608. It is easy to imagine the sensuous pleasure of slipping your hand over the hilt, which is engraved with an abstract design that suggests rippling water flowing from a massive pommel in the form of a silver cockleshell. And like two entwined silver snakes, the looping hand guard attached to the hilt wraps around your hand as if it were a living thing.

Swords made for aristocrats were very different from those lower on the social ladder. A ruler had an entourage and an army to fight his duels. But if weapons such as the jewel-encrusted golden rapier made for Holy Roman Emperor Maximilian II were of no practical use, don’t think that all swords decorated with precious metals using complex decorative techniques were only for show.

Rapiers were worn close to the body so that they could be drawn in an instant. And once drawn, a duel became a kind of performance, a deadly sport involving elegant footwork, lightning speed, and co-ordination of the eye and arm.

No wonder young men swaggered around town armed to the hilt and drinking, boasting, playing cards, cheating, arguing over girls and drawing their swords at the slightest provocation. Benvenuto Cellini claims to have killed four men with his sword, and in 1606 Caravaggio was run out of Rome after killing a young man in a brawl.

In London, the carnage became so alarming that harsh penalties were imposed for sword-fighting. There was particular concern about the increasing length of blades. Anything that measured over 130cm made a mockery of a fair fight because such weapons could be used to spear an opponent wielding a sword of normal size. In 1599, the fencing master George Silver published his attack on the rapier, which he considered an effete, cowardly weapon suited only to foreign (that is, Italian) fops and assassins, not Englishmen.