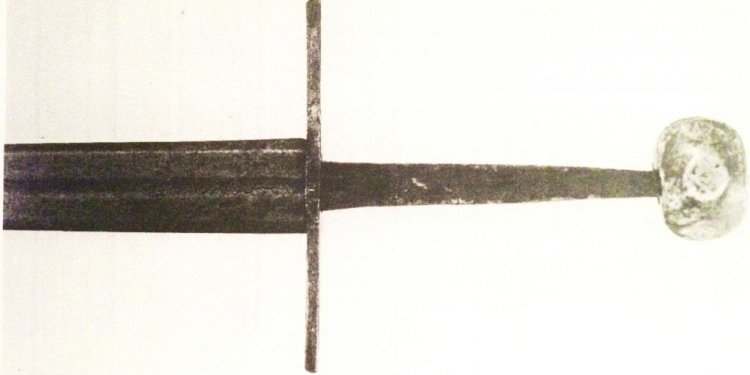 Medieval Training Swords - Batons
Knights in Training Combats used swords called batons. A sword training combat was settled by either a set number of counted blows, or until one or both combatants had been “satisfied” i.e. had enough. Certain blows or manoeuvres using the training swords, batons, were allocated set numbers of points.

Decoration of Medieval Swords
A Medieval sword also held great symbolic importance and featured strongly in the formal Ceremony of Knighthood. This symbolic meaning was even illustrated in the Medieval swords design as the crossguard (quillion), formed across the handle of the sword, resembled a Christian cross. Giving a Knight the 'Right' to use the sword in defence of the Christian religion. Medieval swords also featured some form of engraving. The engravings on Medieval Swords might include the sword owner's name and words from a prayer. Engravings might also be purely decorative and embellished with the inclusion of jewels.