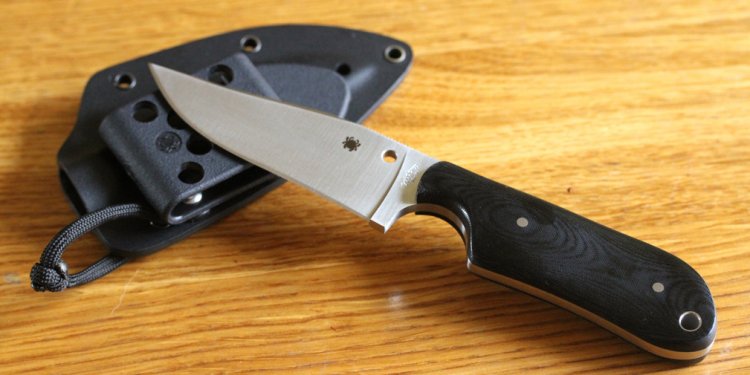 The Street Beat is the new Fred Perrin Knife by Spyderco, and it’s clearly the little brother of the original (and unfortunately, no longer available) Perrin Street Bowie. The Street Bowie, introduced a few years ago, seemed (to me) to be a misunderstood knife. True, almost all of the skilled, street-savvy people I knew immediately “got it”—in both senses of the phrase: They understood the value of the knife, and they actually obtained one. But the masses—who too often judge a knife by sexiness of its looks and the novelty of its steel—seemed puzzled. How could it be any kind of “tactical” knife? It wasn’t large; it didn’t look menacing—in fact it looked kind of odd; and it was designed by some guy no one had heard much about, from France of all places!

Misunderstood Genius
To understand the Street Bowie and the Street Beat, you have to understand who Fred Perrin is. Perrin is a former French Army Commando and a world-ranked martial artist. For years he worked rough jobs such as a bouncer and VIP protection specialist. He is a highly regarded knifemaker, and has been much involved in teaching military and police units the fine points of skill with the knife, other weapons of all kinds, and empty hands.