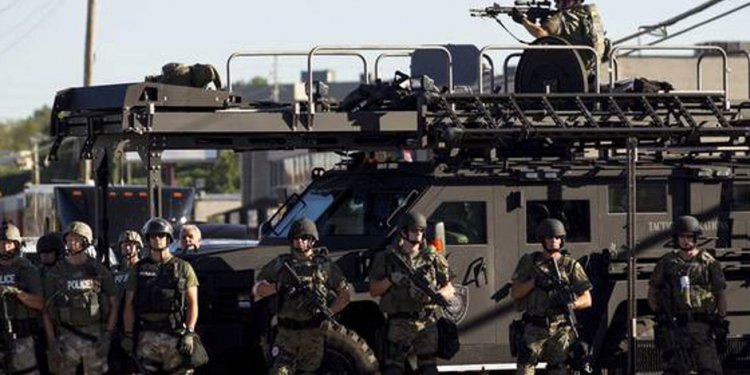 Government bureaucrats are apparently preparing for the End of Days. Either that or they are actively working to horde weapons as a means of tipping the balance of power in their favor. According to a new study by the taxpayer watchdog group Open the Books, there are now more government bureaucrats carrying guns than there are U.S. Marines.

Key findings of the study, published by the, reveal that domestic government agencies are growing their military-grade weapons stockpiles at an alarming rate.

The report finds that civilian agencies have spent a whopping one-and-a-half billion dollars tax-dollars on their armament, which includes providing the EPA with body armor, guns, ammunition, drones, night vision, and "camouflage and other deceptive equipment.”

The “Militarization of America” report found civilian agencies spent $1.48 billion on guns, ammunition, and military-style equipment between 2006 and 2014. Examples include IRS agents with AR-15s, and EPA bureaucrats wearing camouflage.

“Regulatory enforcement within administrative agencies now carries the might of military-style equipment and weapons, ” Open the Books said. “For example, the Food and Drug Administration includes 183 armed ‘special agents, ’ a 50 percent increase over the ten years from 1998-2008. At Health and Human Services (HHS), ‘Special Office of Inspector General Agents’ are now trained with sophisticated weaponry by the same contractors who train our military special forces troops.”

Open the Books found there are now over 200, 000 non-military federal officers with arrest and firearm authority, surpassing the 182, 100 personnel who are actively serving in the U.S. Marines Corps.

The report reveals that IRS spent roughly $11 million on "guns, ammunition, and military-style equipment" for 2, 316 special agents. To get this straight, we, the taxpayers, have paid to arm IRS militias:

The tax collecting agency has billed taxpayers for pump-action and semi-automatic shotguns, semi-automatic Smith & Wesson M&P15s, and Heckler & Koch H&K 416 rifles, which can be loaded with 30-round magazines.

The IRS could argue that there are extenuating circumstances in which agents must issue arrest warrants to people hostile to the agency, thus need protection, but in such cases that is precisely when the FBI should be called.