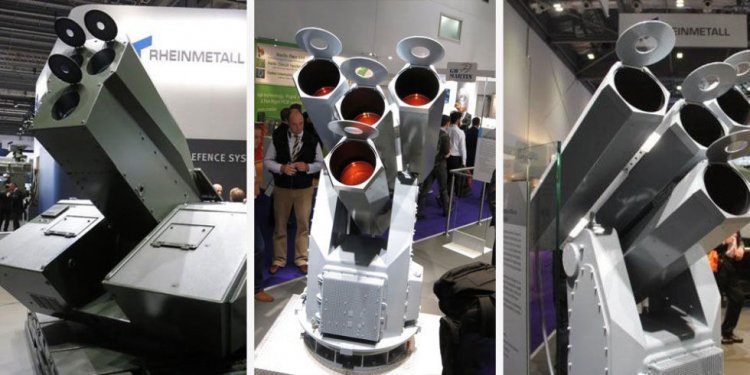 The modern German armed forces, or Bundeswehr, were created just ten years after the end of World War II. Cold war tensions and the presence of Soviet troops in East Germany, Czechoslovakia and Poland made a West German defense force necessary.

The Bundeswehr eventually grew to one of the largest, well-equipped armed forces in the world, boasting twelve combat divisions, hundreds of combat aircraft in the Luftwaffe (German Air Force), and a formidable force of surface ships, submarines, and maritime aircraft in the Bundesmarine (Navy).

The end of the Cold War and withdraw of the Red Army from Eastern Europe was a boon for European security. The National Volksarmee of East Germany and the Bundeswehr merged into a new national army. Inventories of ships, aircraft and armored vehicles were cut by up to seventy five percent, and the German defense budget was cut further. Germany now spends just 1.2% of GDP on defense, far below the NATO recommended 2%.

In the past year numerous articles have arisen demonstrating the Bundeswehr’s lack of readiness. Fixed wing aircraft, helicopters and other vehicles have been grounded due to lack of spare parts, bringing readiness rates below 50%.

Indeed, Germany’s military, while armed with some of the world’s most deadly weapons, faces some tremendous challenges. Below are five weapons platforms that in normal times would be truly deadly, however, face some very basic challenges if ever needed in combat, mostly due to a massive lack of underfunding and other problems.

In the 1980s, the UK, France, Germany, Italy and Spain teamed up to begin development of the Future European Fighter Aircraft, or FEFA. First flight of what would become the Eurofighter Typhoon was in 1994, and Germany accepted its first Eurofighter in 2003. Budget cuts mean that the Luftwaffe will probably accept its last fighter sooner than anyone thought.

The Eurofighter is likely the best non fifth-generation fighter in existence. A combination of excellent maneuverability, powerful engines, AESA radar, infra-red search and track sensor and AMRAAM and Sidewinder missiles make Eurofighter a tough opponent in the air. Eurofighter’s air to ground capability is growing, and the Luftwaffe’s fighters have the ability to carry unguided bombs, laser guided bombs and Taurus cruise missiles.