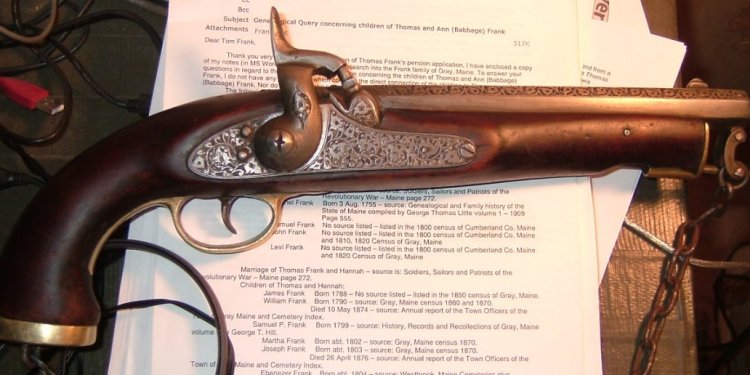 You need to provide enough info to identify and estimate the value of the gun you’re asking about. Be sure your GUN IS UNLOADED first. Here is a basic list of what to include:

After you know WHAT it is, the biggest factor in value is the CONDITION of the gun. Differences in condition can EASILY halve or double the value of a gun. This is a somewhat technical evaluation, and if you’re not familiar with guns, you probably won’t be able to do it, and should ask help. There are two systems commonly used .

The PERCENTAGE SYSTEM rates the percent of original finish remaining on the gun, 100% to 0%.

Refinishing a collectible gun or modifying it or customizing it or over-cleaning it nearly always lowers the value. NEVER take it upon yourself to clean up an old gun unless you know what you’re doing. I’ve seen folks buff a $2, 000 gun into a $200 junker!

Most value questions can be answered by the major price guides:

Remember that these list RETAIL prices. Expect a dealer to offer you 40% to 70% of these if he’s buying for resale.

Most of these are $30 each, and available at major bookstores, most libraries, or at Amazon.com

OTHER SOURCES OF HELP

You can also get help with most questions at the rec.guns newsgroup, or at AOL’s Gun Talk forum (keyword "Guns"). You can also take your gun to a gun show and walk it around asking opinions, but remember that some opinions may be from folks who want to buy your gun as cheaply as possible.

There are some types of older guns that tend not to bring much money (as guns go). While there are always exceptions, here are some of the types that tend to bring less than folks often hope: