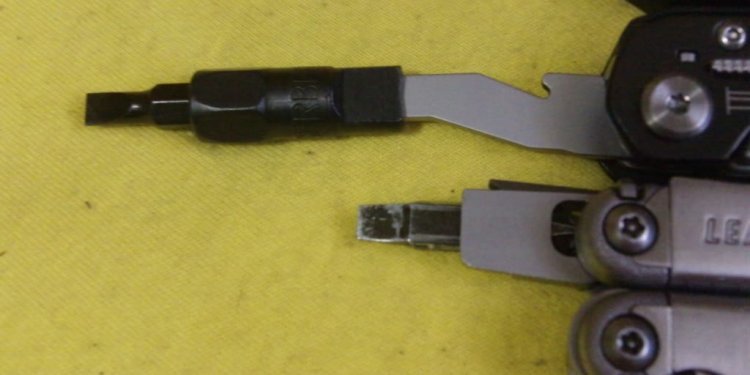 Stop looking around! This is the only knife you will ever need, it does everything. I've put this puppy through cutting cement bags, sandbags, cardboard boxes, birthday cakes, skin animals and it's held up, recently lost it's sharp but sharpened it and it's back in action

I bought this knife while I was in Medic school back in 2011. I've had it ever since. It has always been a great knife and the extras on it have been invaluable. The o2 key is an awesome thing to have! Twice now I inadvertently found out that this knife does not conduct electricity.. I won't go into details, but it was a nice surprise to not get shocked! I sadly lost it this year on a float trip, but I've already got my new one in my pocket. It's irreplaceable for this line of work.

Had it for 3yrs solid every day use, kept it sharp. Thumb stud finally came loose and went MIA. Hope I can get a replacement part.

I've owned and heavily used this knife for over a year now, and love it. Shatters windows like a champ. Still cuts seatbelts with ease and the knife holds its edge really well. And you can't beat having an O2 wrench on hand when you need it. Having a good knife is essential in the first responder world and this one has it in spades.

I have owned this knife since 2012 and have used this at work and as a daily carry. The black finish wears away so I would buy the similar red model if I had to buy it again. The knife is durable and works perfectly. I would rather rate it 4.5 stars but only because of the finish. However, any knife with any black coat will do this in my experience.

the Gerber hinderer CLS is great but the glass punch in the end of the knife fell out . Can a replacement punch be purchased . also, how do I insert a new punch (glass breaker) without it coming out again.

I wish all these type of knives would have the pocket clip in the same direction. I've owned a Tanto Serrated for a while. I got used to the direction of the blade and clip, but now I have to train myself again. Don't get me wrong they are all awesome tools.

It's a great knife that I really appreciate. I use it for everything at work. The punch work perfectly

There's only two bad things. The black finish wears off and the stainless steel of the blade is to soft. I always have to sharp it.

Outstanding tool. Solid construction, fits comfortably in hand, reliable and clearly made with quality materials. I would strongly recommend this knife for any first responder.

1) There is no giant GERBER logo on the blade

other that this knife is solid. lockup is super crisp and the blade is razor sharp out of the box. would be nice to have a flipper but the over sized thumb studs allows easy thump flick opening. Love the feel and perfectly balance. my only downside is that the belt clips is very large and kind of juts out.

I bought this knife a few years ago after being cornered at my apartment front door. I wanted something that was low key that I could carry/use in case of an emergency. After much research I came to this one knife because of all the reviews from Military, Fire, Medics and PD. It has never left my side since and come in more handy than I could ever imagine. I've dropped it, gotten it wet, had it covered in oil, paint, and even apple juice. While I don't use it for some of the more serious uses many others here use it for, I wouldn't have anything else. It's very easy for me to open one handed (and I have very small hands) and I can do it quickly and quietly. I also live by a river and have to drive levee roads so the punch and the cutting tool were definite deciding factors. I also own two Paraframe II and a Paraframe I. but this is the one I carry all the time, everywhere. My family makes fun of me and calls it my "machete", but this is the best thing I've ever purchased. Wouldn't trade it and if it ever got lost I'd buy another immediately. Maybe 2.

Currently a full time EMT upon the County Ambulance Service and a Volunteer with local Rescue, I wanted a knife that can take a beating and keep trucking. This is it.
I've came close to doing it all with this knife. From cutting clothes to seat belts, even using the blade as a means of prying a door open. This is one of Gerber's Angels. I knew it's potential the first time I cut a fender well off of an SUV. Sadly lost, I have it back on my wish list and will accept none other for my pocket.

Im a emt and a volunteer fire fighter and just recently received this knife for christmas. This is hands down the best knife I have ever owned. Everything about it from the thumb stud to the glass breaker to the seat belt cutter works very well and is very easily accessible with bunker gear on. Best knife to own in the fire or ems industry.

I bought this blade while on a military base about 2-3 years ago. It is really tough. The blade holds an edge and the knife construction is tough. I carry it every single day and the only wear and tear is the paint on the clip wore off and some paint on the blade. Clip is very sturdy compared to my kershaw, and this knife just feels very solid. Clearly one of the best in my opinion.

When I had to pick one knife to take to a survival school it was this and I wasn't disappointed. I usually carry more than one knife, but this is the one that keeps me alive.

Got this knife about two years ago, carry it daily, finally got to use it in an emergency situation, the glass cutter worked phenomenal, I took out a front windshield of a car within minutes and was able to get to the victim. Quality Knife