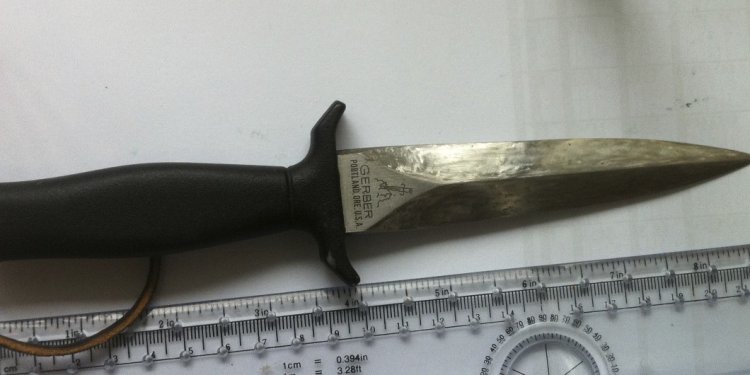 and multitools headquartered in Tigard, Oregon, United States, within the Portland metropolitan area. Currently Gerber is a sub-division of Fiskars Brands Inc, owned by the Fiskars company of Finland. Gerber was established in 1939 by Pete Gerber. Gerber was the first production knife company to collaborate with a custom knife maker when it collaborated with David Murphy.

History. While working for the family business, Joseph Gerber mailed 24 sets of kitchen knives to clients during the holidays. These handmade knives were very popular, with then catalog retailer Abercrombie & Fitch requesting more of these knives from Gerber to sell in their catalog in 1939. Gerber started Gerber Legendary Blades that same year.

In 1966, the company relocated to a new headquarters next to Interstate 5 in what is now Tigard. Finnish company Fiskars purchased the private company in 1987. Chad Vincent was hired as chief executive officer in July 2001. By 2003 the company employed 300 people and had revenues near 0 million and was the second leading seller of multitools in the United States.

Gerber Vise, only side tools opened

A Gerber Paraframe framelock knife, the Gerber Guardian Backup knife with sheath, and a Gerber Multi-plier 600 with sheath.