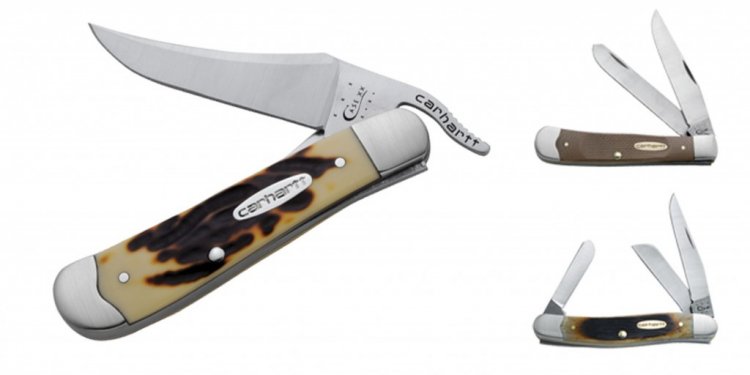 The Classics were the dream of the late, great Mr. Jim Parker back in the mid to late 1980's. He was able to bring his dream to reality, starting while the head of W. R. Case & Sons Cutlery Company in early 1989, prior to the company's bankruptcy, and that was through no fault of Mr. Parker. In fact, Jim Parker spent most of his own wealth, which was substantial, trying to save the company.

After the fall of WR Case & Sons, Jim contracted Blue Grass Cutlery to market his dream of a line of old classic knives from the turn of the century up through to 1940. Much of the original tooling for these knives was available through contacts from Mr. Parker and Blue Grass Cutlery. The knives picked to become the Classics were originally from various manufacturers and at least one pattern was never produced before, but the tooling for some prototypes was in the Case inventory. Many were from W.R. Case & Sons and the balance from companies originally started by the Case family under various names, but now owned outside the family, but still well known in cutlery today.

Case made these 4 patterns of the Classics under a subcontract from Blue Grass Cutlery, who was also responsible for the balance of the other 32 patterns made by a very well known custom knife making company. Since Jim had owned WR Case & Sons at the time, he had planned on using the Case tang stamps and other Case related items for all the knives. The name or tang stamps that appear on a knife does not necessarily mean that a knife was made by that manufacturer whose name it bears. This is not a new phenomenon. It has been going on for centuries. Permission was given for Jim to use the Case Tang stamps, Shields and Etches for a run of 32 or so patterns, from 1990 through 1995. Later an extension of the contract for an additional line of 5 new patterns and a 2nd run of 2 of the original patterns.

The quality and workmanship of these knives is far superior to any production made knife. All of the Case Classics are 100% American made. In some cases over 240 hand operations are involved in order to retain the quality of everything from bolster to bolster in a Case Classic. Lay a leading production made knife next to a Classic and look closely and you begin to see the differences. The Classics are more than a pocket knife, much much more.

In the year 2000 two of us, that dearly loved Classics, found that there were many, many things about the knives, that wasn't in print and a lot that was in print was incorrect. In fact there is well over 100 typos in the Case Classics, Best in the Long Haul book making serious collecting very difficult.

There is the only book ever written, "Case Classics, Best in the Long Haul" by Jim Parker, which covers the production of the first 32 patterns, a few of the many low runs and a some of the prototypes, that were made. In 1998 Jim Parker published an update of the values placed on all the knives in the original book. He also included 5 new patterns, 1 pattern made in 1995 but too late to be included in the original book, and the 2nd run of 2 of the original Classic patterns that had been popular in the beginning. A better explanation of the "XXX" in all three patterns and many new and exotic prototypes were thrown in as well. The value update is well done and easy to understand, as long as you know the difference between value and selling price... In 2001 another update was published, which was an perfect copy of the 1998 guide, with the values updated. These publications are no longer available in the marketplace but are available to new members as well as many other leading knife books.

Then a new website was born, out of the discussion between two collectors / dealers, and named the Case Classic Club. With the endorsement of Jim Parker, the website made its internet debut in February of 2001. With an ever growing free membership exceeding 1600 by the end of 2002, the decision was made to charge dues of $12 to pay for the cost of the site.

We will add more to the information in the coming years, of compiled data, researched and published on the site. The listing of all the hundreds of low run and prototype knives, not listed in any books. Information and the stories behind many of the knives and how many odd and unique knives exist, that are priceless. Many 1 of a kind knives exist and photographs have never been seen before. you will find it all here... At least as much as we can find and verify... One of our best achievements has been to place on the website a corrected and edited edition of the complete 'Best in the Long Haul" book for our members reference...