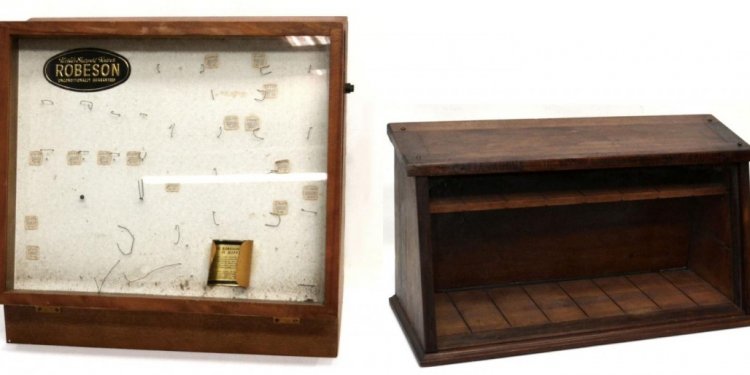 W.R. Case & Sons Cutlery Company is an American manufacturer of traditional pocket knives, fixed blades/sporting knives, limited edition commemoratives and collectibles. The company originated in Little Valley, New York, around the turn of the 20th century, before relocating to its current home, Bradford, Pennsylvania, in 1905. The company’s namesake, William Russell Case, first made knives with his brothers under the name, Case Brothers Cutlery Company. His son, John Russell (“Russ”) Case, worked as a salesman for his father’s company before founding W.R. Case & Sons.[1]

The company’s roots extend back to 1889, when the Case brothers – William Russell (W.R.), Jean, John and Andrew Case, formerly of the Cattaraugus Cutlery Company – began selling cutlery from the back of a wagon in various small western New York villages. In January 1900, the brothers incorporated to form Case Brothers Cutlery Company.

John Russell Case, who named the company after his father, William Russell (“W.R.”), formed W.R. Case & Sons as it is known today. By the time the company moved to Pennsylvania in 1905, the four Case brothers had established their brands.

Beginning with World War I, Case has made military knives for U.S. servicemen and women including the M3 Fighting Knife and the V-42 Stiletto (the latter, for the Devil’s Brigade). During the 1965 flight of the Molly Brown, astronauts Gus Grissom and John Young used special Case knives on a NASA space mission.[2]

The Case Company is currently owned by Zippo Manufacturing Company, another business based in Bradford.[3] Unlike many knife manufacturers today, Case is exclusively produced in the U.S.

Case knives are made with blades stamped from domestic steel and hardened using proprietary heat treatment methods. Knife handles are made of a variety of natural materials like Brazilian cattle bone, India stag, buffalo horn, ancient mammoth ivory, mother of pearl, exotic hardwoods and precious stones. Brass, nickel, and silver metals are used to make the knives’ other component parts.

Many people collect Case knives as a hobby. This practice arose from the unique tang stamp dating systems employed by the company beginning in the late 19th century. Today’s Case Collectors Club is made up of 18, 000 members.

The list of Case knife patterns has remained fairly consistent throughout its history, although a number of new Case designs have been patented in recent years. Some of these include: The SlimLock, Tiny Trapper, Baby Doc, CopperLock, RussLock, Baby Butterbean, Cheetah, Cheetah Cub, Hobo, Sod Buster, Mako, Mini-Blackhorn and XX-Changer.

When the Hobo (54HB) is closed, it resembles a regular Trapper. The handle splits apart revealing a separate knife, fork, spoon and bottle opener. Case produced two variations of the Hobo (’51 and ’52) from the early 1900s-1940. These were made with two to four utensil implements using a can opener, soup spoon, three-pronged fork, and knife blade. Case re-introduced the Hobo (54) in 1983.

In 1997, Case introduced the CopperLock. Designed by Tom Hart, the CopperLock (549L) combined elements from older Case knife patterns to make an entirely new knife with a fully locking blade.[4] Case celebrated the 10th Anniversary of the CopperLock in 2007. This pattern was retired to the Case XX Vault in July 2008.

The SlimLock was originally produced in 2005 as a tribute to John Russell Case. Each knife carries a “JRC” (John Russell Case) tang stamp and a liner that locks. The first featured BG-42 steel blades. A second family was released in 2006 that featured ladder patterned Damascus blades.

The Cheetah is a single-bladed knife that has a swing guard. Throughout its existence, it has been manufactured with or without a swing guard, and with and without a locking mechanism. Some of the more recent knives are stamped with an “L” after the pattern number, which signifies that the blade locks when opened in 2002, after a 20 year hiatus.[4]

The RussLock (953L) debuted in 2000. This pattern features a liner lock and a gimped lever for convenient one-hand opening. The RussLock was inspired by the Jack Knife (028), a pattern that has been retired for over 40 years. It was designed by the late Case master knifemaker Tommy Hart, who named it after William Russell (Russ) Case. The pattern number (1953) represents the year Russ Case died.[4]

Chrome vanadium is a special formula of alloyed cutlery steel known for its ease of re-sharpening. (CV blades require extra care. A thin film of oil should be kept on the blade to maintain the polished finish of the steel.)

Damascus steels date back to the Crusades, and are named for the famous Syrian city where some of the first man-made metals were traded publicly. It consists of thin layers of metal that are heated together to form a laminated solid. Designs take shape as layers are folded in then welded together by forging.