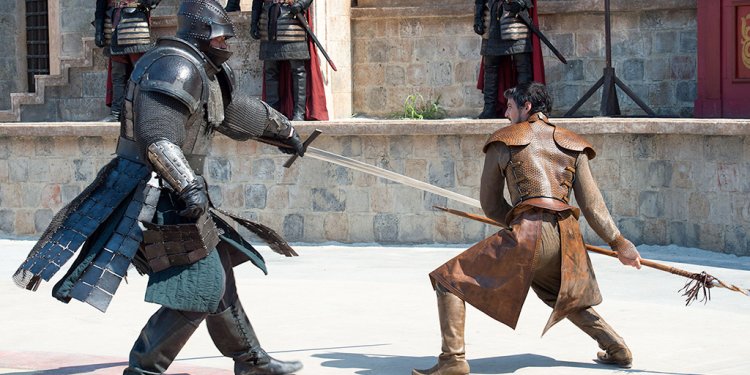 Cersei Lannister (Lena Headey) is the quintessential evil queen, right up there with The Queen from Snow White and the Queen of Hearts in Alice in Wonderland. Or is she..? Throughout Game of Thrones we have been given clues as to Cersei’s motivations and character, and by the end of Season 3 she has become, partially at least, a sympathetic character.

While Cersei was not involved with the Walder-Frey-Marry-One-Of-My-Daughters plotline, which famously leads to the gruesome ‘Red Wedding’; that plot really drove home that point that in this world women are only worth how beautiful they are. Even Robb Stark, one of the so-called good guys, was horrified at the thought of having to marry one of Frey’s ugly daughters. Edmure Tully is loath to the idea as well, until, much to everyone’s surprise and relief, his bride is revealed to be beautiful. Even writers in our own world, recapping the episode, mentioned how Edmure was “saved” at the last minute by getting a beautiful wife.

Returning to Cersei, the queen too has been a victim of this prejudice. For example, in a particularly prickly conversation with her father Tywin, she attempts to gain some credit for her intelligence, yet Tywin ignores her, saying that all she is worth is her beauty and fertility. Of course any woman growing up in this system, valued only on appearance, would be angry. With Cersei, this manifests in her constant drive for ultimate power, and is further reflected in her costumes.

The evolution of character through Cersei’s clothing has been more subtle than Sansa’s or Daenerys’. There have been no dramatic changes in cut or colour. In general she wears bright jewel tones and shades of gold, reflecting her regal status and the colourful scenery of King’s Landing. Her gowns are cut in the fashionable wrapped style and accessorized with metal belts.

Colours are slightly muted in Season 1, as she is kept in the shadow of her husband, Robert Baratheon, and must be extremely secretive in her political and personal maneuvering. As Cersei takes full power in Season 2 the tones of her gowns become brighter, allowing her radiance to shine.

Cersei’s costumes are richly embroidered by series embroiderer Michele Carragher. During the first half of the series, her red silk gown (see above) and blue gown (below) are embroidered with bird motifs, a reflection of her position as a caged bird wishing to fly free. It is also a metaphor for her prescribed social status. She is intended to be nothing but decoration, perched happily next to her husband, just like a beautiful bird. It is interesting to note that Sansa Stark is often referred to as a bird, by Cersei and by The Hound. Perhaps, despite everything, Cersei sees something of herself in Sansa?

During the second half of the series, the embroidery changes to Lannister lions, a nod to her heritage as well as her loyalty to her family. Cersei becomes more aggressive, and fiercely protective of her children, like a lioness. However, as Tywin takes control of King’s Landing, Cersei’s power is virtually wiped away and the lioness must return to her cage.

In Season 3 we see Cersei adding variety to her wardrobe, for example her red gown with a wide, bowl like neckline. This same style was first seen on Maergery in Season 2. Is this a nod to Maergery’s trend setting influence on King’s Landing? These gowns reference fashion designer Alexander McQueen, who used that same structured neckline in many of his pieces. This lends these women a high fashion air.

Cersei also begins to adopt floral pattern armour for everyday wear. According to costume designer Michele Clapton, Cersei’s wide metal belts from the beginning of the series are made in the style of Lannister armour, thus she literally shields herself in the power of her family. This need for armour becomes more apparent as Tywin takes power and Joffrey spirals out of control, and she wears a stylized golden breastplate over her gowns.

Also in Season 3, Cersei says that she fiercely loves her children, even Joffrey, because they, in their youth, were the only thing that truly belonged to her. Cersei’s body is not her own, as seen via her use as a political tool, allowing the Lannisters to gain power through her marriage. Her mind and heart are ignored by the men who run this world. In such harsh light, her actions become a little more understandable. Her costumes have reflected her shifting position and desire for autonomy.

Cersei’s final costume in Season 3 is fully stripped of armour and embroidery and structure. She wears only a light, sleeveless gown of crimson red. Unable to control her son and under the merciless rule of her father, she is relatively weak and helpless. It will be interesting to see when and how she fights back in Season 4.

NOTE: This analysis was based solely on the television show with no reference to the Game of Thrones series of books.