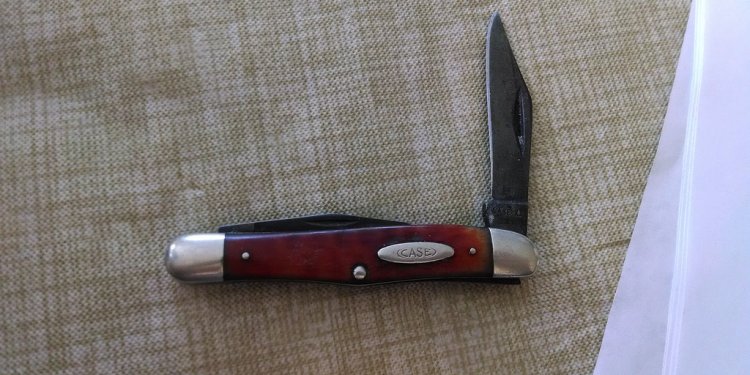 The story of Zippo Manufacturing Company is the story of its people, from the founder, George G. Blaisdell, to the many Zippo employees, customers, and collectors who have played a part in its 80-year history. Their loyalty to Zippo has made this one of America’s great companies, one with a vivid history which is detailed here.

The Zippo timeline begins in the early 1930s, at the Bradford Country Club in Bradford, Pennsylvania. Mr. Blaisdell watched a friend awkwardly using a cumbersome Austrian-made lighter. The lighter worked well, even in the wind, due to the design of the chimney. But its appearance was utilitarian. Its use required two hands, and its thin metal surface dented easily.

Late in 1932, he decided to refashion the Austrian lighter. Mr. Blaisdell fabricated a rectangular case and attached the top of the lighter to the case with a hinge. He retained the chimney design which protected the flame under adverse conditions. The result was a lighter that looked good and was easy to operate. The first Zippo lighter, currently displayed at the Zippo/Case Museum in Bradford, was produced in early 1933 and sold for $ 1.95 each. And, from the very beginning, they were backed by Mr. Blaisdell’s unconditional lifetime guarantee – “It works or we fix it free. ™” The name “Zippo” was created by Mr. Blaisdell. He liked the sound of the word “zipper” so he formed different variations of the word and settled on “Zippo, ” deciding that it had a “modern” sound.

Application for the original Zippo patent was filed on May 17, 1934, and patent number 2032695 was granted on March 3, 1936. A second patent, number 2517191 was issued on August 1, 1950. The design of the Zippo lighter remains basically the same to this day, with minor improvements. In the mid-30s, Bradford’s Kendall Refining Company placed an order for 500 Zippo lighters. These are believed to be the first company-advertised lighters produced by Zippo and are highly collectible. Today, companies continue to use Zippo lighters as an advertising medium and Zippo “advertiser” lighters continue to be among collectors’ favorites.

Beginning in 1939, World War II had a profound effect on Zippo. Upon America’s entry into the war, Zippo ceased production of lighters for consumer markets and dedicated all manufacturing to the U.S. military. The military initiative led to the production of the steel-case Zippo lighter with black crackle finish. The fact that millions of American military personnel carried the lighter into battle was a significant catalyst in establishing Zippo as an icon of America throughout the world. Supplying the military market resulted in full production for the plant. This enabled Zippo to be strong financially and made it a viable company.

At the end of the war in 1945, Zippo hit the road selling lighters to peacetime America. A promoter at heart, Mr. Blaisdell wanted to create a car that looked like a Zippo lighter. In 1947, the Zippo Car was born.

Starting in the mid-50s, date codes were stamped on the bottom of every Zippo lighter. The original purpose was for quality control, but the codes have since become an invaluable tool for collectors.

The launch of the Slim model in 1956 was a major milestone. This version was designed to appeal primarily to women. The first non-lighter product was a steel pocket tape measure, or “rule” as it was called, introduced in 1962. Other items have been added and deleted from the Zippo line since the 1960s. Many were primarily geared to the promotional products division. The roster includes key chains, pocket knives, golf greenskeepers, pen-and-pencil sets and the ZipLight pocket flashlight.